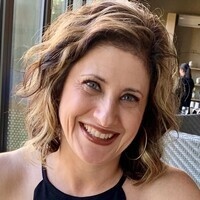 Interested in a career in finance, information technology, or strategy? Join Terry alumni Diane Edwards and Joseph Pinson to learn about their path to success and hear their advice.

Edwards has been the vice president, finance for Roper Pump Company in Commerce, Georgia, for almost 6 years. Roper Pump was the founding company of what is now Roper Technologies (NYSE:ROP), a $5B diversified technology company headquartered in Sarasota, Florida. In this role, she has responsibility for the Finance, Information Technology and Strategic Sourcing functions. Since the departure of the Company’s President in November, 2019, she has also been acting as Interim President.

In September 2012, Pinson earned and took the position of staff accountant for Roper Pump Company. During his time in this role, Pinson was responsible for a small portion of the overall accounting process. However, in early 2015 the assistant controller left the company, presenting an opportunity for Pinson to step-up and show his capabilities for the accounting team. After being successful during this transition period, Pinson was promoted to senior accountant in late 2015. He continued to effectively lead the accounting team and was promoted to accounting manager in November 2017, with the senior accountant now reporting to him. Pinson continued to push the role of the accounting team from simply being a record to report function, to that of a true business partner for the organization, influencing and effecting positive change. Subsequently, Joseph was promoted to controller in January 2020, with the entire accounting team now reporting to him.