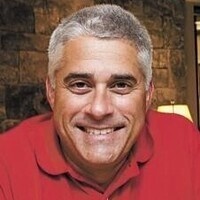 Are you interested in a career in finance or strategy and operations? Join Terry alumnus and Texas Roadhouse veteran Scott Colosi to learn about his path to success..

Colosi, former president of Texas Roadhouse, Inc., which owns and operates more than 575 restaurants in 49 states and 9 countries, joined Texas Roadhouse in 2002 as the chief financial officer and was promoted to president in 2011 and retired on June 20, 2019. Before joining Texas Roadhouse, Colosi was employed by YUM! Brands, Inc. and Burger King Corporation, where he began his career in 1987.  Colosi earned his bachelor’s degree in business administration from the University of Georgia in 1986 and his MBA from the University of Miami in 1989. He serves or has served on a variety of non-profit boards throughout Louisville, including Leadership Louisville, Louisville Metro Police Foundation, and The Healing Place, which is a nationally recognized drug and alcohol addiction recovery program for men and women. Colosi and his wife, Elena, reside in Louisville, Kentucky and have two sons, Chris and Nick, and a daughter, Emily. Colosi is also the current Terry Distinguished Alumni award winner.