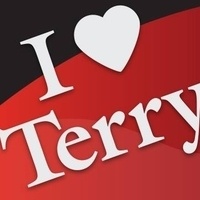 Terry Talks Fall 2020: Back to Business in a Global Pandemic – A Conversation with Dean Ben Ayers

Though we are not able to gather for traditional fall programming like Terry Third Thursday, the Professional Women’s Conference, or our Homecoming Tailgate, we are excited to offer a virtual way for alumni to stay connected with the Terry network: Terry Talks Fall 2020, a discussion series featuring Terry faculty members and alumni leaders.

Ben Ayers is Dean of the Terry College of Business and holds the Earl Davis Chair in Taxation. He came to UGA in 1996 and served as Director of the Tull School of Accounting for nine years prior to his appointment as Dean in 2014. Dean Ayers has received many teaching awards at the school, college, and university levels, including the Russell Award for Excellence in Undergraduate Teaching. In addition, his research has been recognized by both the American Taxation Association and American Accounting Association with national awards. In 2016, he received the Ray M. Sommerfeld Outstanding Tax Educator Award, the highest honor given by the American Taxation Association.