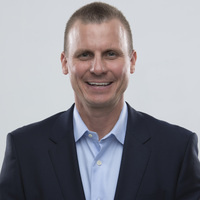 Mark Spain, chairman and CEO of Mark Spain Real Estate, is an Atlanta native and a University of Georgia graduate from the Terry College of Business. Spain is a second generation agent and developed a zeal for customer service after watching his dad in business. He created a company that believed in the relationship over the transaction and focused on the people it served.

In 2017, Mark Spain Real Estate sold a record $550 million in real estate, helping 2,318 clients sell or purchase a home. In June 2018, MSRE was honored with the No. 1 ranking in the United States for closed transactions as advertised by The Wall Street Journal. In addition, MSRE is the No. 1 most reviewed real estate company in the United States on Zillow. Mark Spain Real Estate has five locations in Georgia, two locations in North Carolina, and one location in Tennessee.