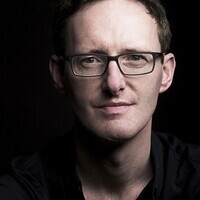 Neil Hegarty was born in Derry in Northern Ireland and now lives in Dublin. He holds a doctoral degree in English from Trinity College Dublin, and has written a number of key works in cultural history, including the bestselling Story of Ireland (BBC Books), which accompanies the BBC television series; and London: The Secret History of our Streets (BBC Books).

Hegarty’s 2016 novel Inch Levels was shortlisted for the Kerry Group Novel of the Year award in 2017. Of his latest novel, The Jewel, published by Head of Zeus in 2019, the Irish Times wrote: "Hegarty has gifted us a vital book for our time."