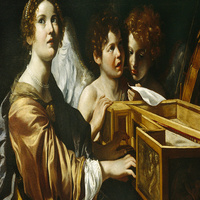 CANCELED: Music Performance: “Color and Contrast: Music of the Roman School of Composers”

What did the music of Caravaggio’s Rome sound like? How might people connect his audacious use of light and shadow to the music of the time? Often neglected as a “transition period” between the Renaissance and Baroque, the 17th century in Italy was a time of rich and varied musical ideas and often brazen experimentation. This program will feature performances of works by the Roman School of Composers alongside the composers who influenced them, performed by student musicians at the Hugh Hodgson School of Music with commentary by Dr. Peter Van Zandt Lane.

#Spotlight on the Arts