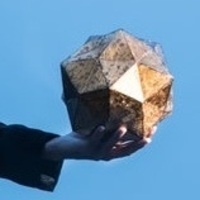 In live musical performance and open discussion, Marcus Miller and Rob Schneiderman demonstrate/explain analogies between the dynamics of the discovery/creation/learning of both music and mathematics. As a consequence of the abstract natures of music and mathematics these analogies can provide insight into other human disciplines.

In addition to this performance at Hendershot's, Miller and Schneiderman will have a colloquium/conversation/performance at 4:30 p.m. March 29 in the Dancz Center of the Hugh Hodgson School of Music.

Miller graduated from Harvard University with a degree in mathematics. After a stint working for a hedge fund, he has since been traveling the world playing music, both leading his own groups as well as performing with jazz artists such as Grammy-nominated vocalist Jazzmeia Horn and Late Show musical director/pianist Jon Batiste. Miller has performed at the Obama White House, and has studied music production and engineering under grammy-winning sound engineer “Bassy” Bob Brockman (Notorious B.I.G, Herbie Hancock, D’Angelo). Miller has spoken at the New Jersey Association of Music Educators, and was noted as an Artist of Distinction by the State of New Jersey. He is the creator of theMath+Music Project, and is currently the host/creator of the Quadrivium series at New York’s Museum of Mathematics, while he continues to study and teach mathematics.

Schneiderman joined the Lehman College CUNY department of mathematics faculty in 2006 after a busy career as a musician,including performances and recordings with jazz luminaries such has EddieHarris, James Moody, Charles McPherson, JJ Johnson, Jimmy Heath, Clifford Jordan, Art Farmer and Harold Land, as well as 10 recordings as a leader for the Reservoir Music label and a more recent Tone Twister release on the Hollistic MusicWorks label. In 2001 Schneiderman received a PhD in mathematics from UC Berkeley under the guidance of topology guru Robion Kirby, and before his current professorship at Lehman, he had postdoc positions at the Max-Planck-Institute for Mathematics in Bonn, NYU’s Courant Institute and UPenn. His research is focussed on studying 3-dimensional and 4-dimensional spaces. In addition to many research articles in mathematics journals, Rob’s musicomathematical essay “Can One Hear the Sound ofa Theorem?” was published in the Notices of the American Mathematical Society and in the collection Best Writing on Mathematics 2012, Princeton University Press.