By University of Georgia Libraries 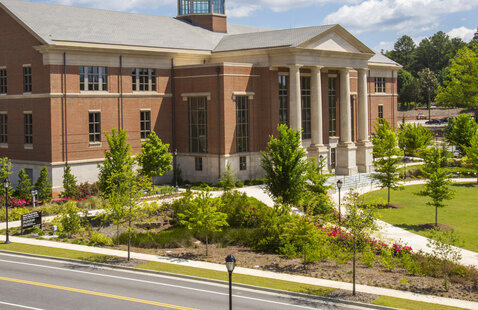 Richard B. Russell Special Collections Libraries, Hargrett Library Gallery View map No admission
Add to calendar
Save to Google Calendar Save to iCal Save to Outlook

In 1961, Hamilton Holmes and Charlayne Hunter became the first Black students to enroll at the University of Georgia. Facing down adversity, they succeeded in desegregating the campus and winning a battle in the broader struggle for civil rights. However, the process of integration and building a more inclusive university continues today. Making Space: Fighting for Inclusion, Building Community at UGA explores the stories of these trailblazing students and those that followed them in shaping the campus.

The exhibit considers the ways that Black and LGBTQ+ students have cultivated spaces for themselves at UGA since the 1960s, finding agency and building safe spaces. It will highlight their activities - how they gathered, lobbied, and protested for acceptance and change. It will consider the people and places that offered support to these students, as well as those that put up barriers to block the path forward.

Today, the university recognizes that each student is made up of many identities. The intersection of these different identities shape the perspective of each student and their experience on an ever-changing campus. Making Space will serve as a timely guide for thinking about and advocating for continued progress not just on one college campus, but within a nation that so often looks to its past as a roadmap to its future.