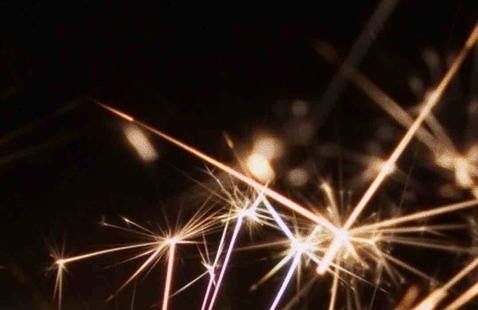 https://athenaeum.uga.edu/exhibitions/ #Exhibition, contemporary art
View map Free Event
Add to calendar
Save to Google Calendar Save to iCal Save to Outlook

It begins with a blunder. “I pressed stop instead of record,” writes Lisa Tan, in the script for her new work, Dodge and Burn 2017-2020 July 4. The mishap occurs during the first of three, consecutive attempts to film fireworks on the 4th of July, from the vantage point of a passenger on a commercial airliner destined for Los Angeles International Airport. Through this evasion, she discovers how an image refusing capture reveals far more in its absence.

Witnessed from inside the muffled interior of an airplane, fireworks seen from this position look a lot like an image of war. If this is her initial, facile observation, it is troubled by the fact that moments before landing, every plane destined for Los Angeles, descends directly over neighborhoods where the militarization of the police in America was actively developed in the 1960s and where the first SWAT team was deployed. Making a connection between this history and its immanent affects, she attempts to capture the scene inside of the destructive years of the Trump presidency.

By the time the shot evades her for the third time (a third-year) a different kind of violence comes to the fore. The visible shuffles place with the invisible. And we are taken on a journey that reaches for the role of images in a time of visual and information overload, sensing how forms of violence are ever more frequently self-inflicted under prevailing structures, including the condition of burnout, troubling the established limits of representation.

The exhibition holds these connections up for consideration inside of a spoken narrative. The telling of which grounds the installation, as it weighs if and when an image, a word, or a piece of information, is given or deprived—sought out or passively encountered.

The exhibition is supported by grants by the Barbro Osher Pro Suecia Foundation and the Willson Center for the Humanities and Arts.