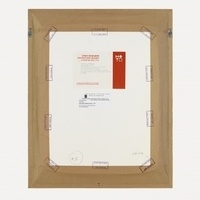 Lisa Saltzman Lecture at the Athenaeum

“Stories We Tell: Reflections on the Angel of History,” Lisa Saltzman, chair and professor of history of art, Bryn Mawr College.

There is a piece by Paul Klee, the Angelus Novus, of 1920, that it is known and known not as the “new angel” but as “the angel of history,” is largely thanks to work of the German-Jewish philosopher and cultural critic Walter Benjamin, who, having conjured the image in prose in the posthumously published, influential essay, “Theses on the Philosophy of History,” anchored it in our collective imaginations.

Klee’s Angelus is now housed in the collection of the Israel Museum in Jerusalem, after a long journey that began in Paris. Saltzman got to see Klee’s Angelus several years ago. What emerged from that encounter inspired her to embark on a new project. Saltzman’s talk at the Athenaeum will provide a glimpse of the larger project inspired by that serendipitous encounter with Klee’s little picture, also featured in a photograph by Trevor Paglen, currently on view in his exhibition "Vision After Seeing" at the Athenaeum.

Saltzman received her BA from Princeton in 1988 and her PhD from Harvard in 1994.  She has received fellowships from the DAAD, the Radcliffe Institute of Advanced Study, the Clark Art Institute, and the Guggenheim Foundation.

At Bryn Mawr, she teaches courses in modern and contemporary art and, from 2003-2009, served as the Director of the Center for Visual Culture.  Saltzman is the author of Anselm Kiefer and Art after Auschwitz (Cambridge University Press, 1999), Making Memory Matter: Strategies of Remembrance in Contemporary Art (University of Chicago Press, 2006), and Daguerreotypes: Fugitive Subjects, Contemporary Objects (University of Chicago Press, 2015) and is the co-editor, with Eric Rosenberg, of Trauma and Visuality in Modernity (University Press of New England, 2006).