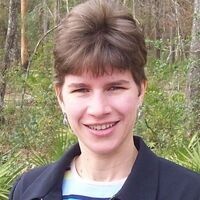 As part of the Mellon-funded research cluster, “The Global American South,” Dr. Jessica Harland-Jacobs will be visiting the University of Georgia from the University of Florida where she is an Associate Professor of History. Her lecture, titled “Merchants, Methodists, and Masons: Atlantic Networks in Eighteenth-Century Georgia,” will explore the intersecting networks of commercial businessmen, Methodist authorities and churchgoers, and freemasons --some of whom belonged to more than one of these groups-- in the Atlantic world. The talk will directly engage with the transnational relationships that are of interest to the research cluster.  At the conclusion of the lectur, guests may go into the galleries to view the objects of masonic function or having masonic symbols in the upcoming exhibition, “Material Georgia, 1733-1900.”

Dr. Harland-Jacobs' book, Builders of Empire: Freemasonry and British Imperialism, 1717-1927 (2007), is the first study of the relationship between freemasonry and British imperialism, and convincingly demonstrates that British freemasons were effective builders of a global empire over two centuries and five continents (Europe, Africa, Asia, North America/Caribbean, Australasia). She traces how this relatively new social organization created a universal network that reinforced British values and objectives in vastly distant and different locales, which in turn impacted the brotherhood. Harland-Jacobs also addresses the issues of globalization, imperial power, supranational identity, and masculinity. Her book received no less than 16 scholarly reviews; several reviewers called her research “magisterial.”