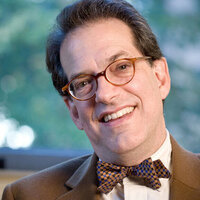 Ulysses Grant Dietz, chief curator emeritus at the Newark Museum of Art, will give a talk titled “Upgrade: Chester Arthur, Louis Tiffany and the White House.”

Conceived of as a great English aristocratic house by George Washington and his architect, Thomas Hoban, the White House was, in fact, decorated repeatedly in its first three-quarters of a century by American housewives, each of whom brought with them ideas about home and comfort that were not aristocratic at all. With the exception of the Monroes, who consciously imported aristocratic French furnishings and accessories for the rebuilt White House in 1817, the rooms in the president’s residence reflected affluent middle-class taste in America. That is, until the widowed Chester Arthur stepped in after the assassination of James Garfield. Arthur was a New Yorker, well-schooled in the society and fashions of the nation’s largest city. He undoubtedly felt that the executive mansion was not only shabby, but dowdy, and needed to be brought up to date and to be decorated not with ready-made goods, but with an artistic scheme by a young New Yorker who had become the first professional decorator in post-Civil-War America: Louis Comfort Tiffany. Arthur would have the 32-year-old artist create interiors for his official residence that were not off-the-rack, but custom-made and cutting edge. For a brief shining moment in the high Gilded Age, the White House was as glamorous as any house in the nation, even thought it was no longer the largest house in America.

Presented in conjunction with the exhibition “Louis Comfort Tiffany: Treasures from the Driehaus Collection.”