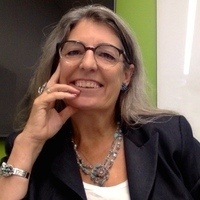 "Democratic Deliberation and the Pleasures of Outrage," Patricia Roberts-Miller, professor of rhetoric and writing and director of the University Writing Center, University of Texas at Austin. Part of the Ballew Lecture Series hosted by the department of English, with additional support from the Willson Center for Humanities and Arts.

Patricia Roberts-Miller isRhetoric and Demagoguery (2019), Demagoguery and Democracy (2017), Fanatical Schemes: Proslavery Rhetoric and the Tragedy of Consensus (2009), Deliberate Conflict: Argument, Political Theory, and Composition Classes (2004), and Voices in the Wilderness: Public Discourse and the Paradox of the Puritan Rhetoric (1999).

Her talk considers a rhetorical challenge inherent to ideals of democracy: diversity, inclusion, and motivation. Democratic deliberation requires enthusiastic and informed participation on the part of people with diverse views and experiences; so, not just inclusion, but participation is crucial. The most straightforward (and effective) rhetorical strategy to increase participation is demagogic mobilizing of groups against each other, a strategy that undermines diversity and inclusion.