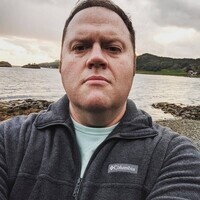 Abstract: Aside from working memory constraints, filler-gap dependencies (i.e., [Which guitar]1 did Kirk bring __1 to the concert?) are unbounded in nature and can involve an infinite number of clauses. Although filler-gap dependencies are not clause-bound, they are nonetheless subject to certain constraints (Ross 1967). Syntactic structures that do not allow extraction from a particular domain are commonly referred to as islands. Although the exact nature of island phenomena continues to be a source of debate and controversy, there is a general consensus in the literature that a dichotomy exists between weak islands, which can be ameliorated under certain conditions, and strong islands, which cannot. In this presentation we reinvestigate the merits of this long-standing distinction. Drawing upon recent research by Chaves & Putnam (2020; Unbounded Dependency Constructions: Theoretical and Experimental Perspectives, OUP), I demonstrate that one traditional strong island; namely, extraction from tensed adjunct clauses, does in fact satiate under exposure to multiple exemplars under certain pragmatic conditions. I discuss what these findings mean for achieving a more nuanced ontology of island phenomena moving forward.