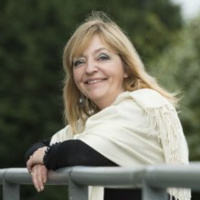 Wynne-Davies joined the University of Surrey in 2007 and was responsible for establishing English as a discipline at the University. She also one of the first to pioneer the use of placements in English Literature and Creative Writing degrees in the UK. Before coming to Surrey, she worked at the universities of Dundee and Keele, after holding prestigious research fellowships at Liverpool and the Sorbonne.

Wynne-Davies is known internationally for her path-breaking work on Renaissance women dramatists, publishing a prize-winning edition of four plays in 1996. She has held research fellowships at the Folger, Huntington, Harry Ransom Center and Newberry, as well as living and working in the US, Canada, Germany and Japan.

Wynne-Davies teaches a wide range of modules at Surrey, in particular Renaissance Literature, women writers and screenwriting. She also particularly enjoys teaching the postgraduate module, Gender and Identity: Marketing in Practice, for which she regularly received 100% satisfaction scores from students.

This event is presented by the department of English with support from the Willson Center for Humanities and Arts.