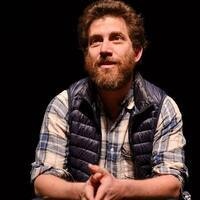 "Theatre of the Oppressed in the World: How Theatre Can Effect Change," Julian Boal, co-founder and pedagogical coordinator, Escola de Teatro Popular, Rio de Janeiro. Lecture and reception are free and open to the public.

Boal is a teacher, researcher, and internationally-active and world-renowned practitioner of Theatre of the Oppressed. He has facilitated workshops in more than 25 countries and collaborated on several international theatre festivals in India with Jana Sanskriti, in Spain with Pa’tothom, in Portugal with Óprima, in Croatia with the Istrian National Theater, in France with GTO-Paris, and in Brazil with CTO-Rio. Boal is a founding member of Ambata, Theatre of the Oppressed Group–Paris and Féminisme Enjeux, author of Images of a Popular Theatre (Hucitec, 2000), co-editor of the DVD & essay booklet Theatre of the Oppressed in Actions (with Kelly Howe and Scot McElvany, Routledge, 2015), and the forthcoming anthology: The Routledge Companion to Theatre of the Oppressed (with Kelly Howe and José Soeiro). He also collaborated with Sergio de Carvalho as assistant playwright for two recent plays: Those Who Stay (2015) and The Bread and The Stone (2016).

The majority of Western performance practices involve a strict division between actors and audience. Augusto Boal and other practitioners of Theatre of the Oppressed have developed methods that involve and engage the audience directly, enabling them to move from being mere spectators in an auditorium to onstage “spect-actors,” working alongside a company of other actors to explore, to understand, and (hopefully) to change the world, one urgent oppression at a time. This talk (with a question-and-answer session to follow) will focus on how Theatre of the Oppressed was born in a specific context and how it evolved from a theatre technique the emerged from the global south to a technique used all over the world. More specifically, how have the changes in terms of the scale of Theatre of the Oppressed's popularity over time created new problems and questions? In other words, how does a theatre technique that was created to fight against dictatorships and extremely centralized political parties evolve in a world of so-called participatory democracies and Facebook? Finally, what can Theatre of the Oppressed do in the face of the rise of fascism, specifically in Brazil?

Lectures and Discussions, Receptions and Recognitions