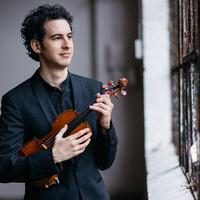 Music of the Spheres

Throughout the ages, the connection between music and space has sparked the curiosity of humans. The ancient Greeks celebrated the concept of music of the spheres, regarding the harmonic movement of celestial bodies as a form of music. Music and astronomy were both included in the medieval quadrivium of liberal arts, and Johannes Kepler’s 1619 book, Harmonices Mundi, discusses a celestial choir of planets.

This special program explores various angles of this connection, from music by Bach, whose works were included on the Voyager spacecraft, to music by Ysaÿe depicting the northern lights phenomenon in sound, and Einstein on the Beach by Philip Glass.