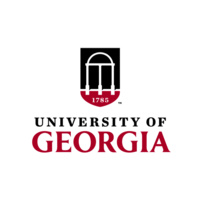 Isabel leads the Texas A&M Potato Breeding Program. The goal of the program is to develop high-yielding potato varieties, mainly for the fresh and chipping markets, adapted to Texas growing conditions. She combines conventional and molecular tools to enhance the efficiency of potato breeding efforts and to maximize genetic gains from selection.

Isabel Vales received her Licentiate Degree (and Degree Thesis) in Biological Sciences (specialization in molecular biology) from the University of Santiago de Compostela, Spain, in 1992, and her Doctorate in Biology (maize breeding and genetics) from the University of Vigo, Spain (1996) in collaboration with the Spanish National Research Council (CSIC). She worked as Post-doctoral Research Associate (maize genetics) at the University of Minnesota from 1997 to 1998. From 1999 to 2005, Research Assistant Professor (cereal genetics) at Oregon State University. From 2005 to 2010, she led the Oregon Potato Variety Development Program (Associate Professor - potato breeding and Genetics) and the Oregon Potato Foundation Program. From 2010 to 2012, she was Principal Scientist (pigeonpea breeding and genetics) at the International Crops Research Institute for the Semi-Arid Tropics (ICRISAT), India. She worked as an Independent Scientific Advisor from 2013 to 2016 in Washington State and joined Texas A&M in 2017.

Isabel participated in the release of more than 24 potato varieties, including specialty types with high levels of antioxidants, and published more than 70 referee papers. She has been active in undergraduate and graduate teaching (potato production, plant physiology, molecular breeding) and training.

Seminar Location: CAGT room 128 Athens; and via zoom at Tifton and Griffin campuses. Note: Zoom meeting ID will be sent out prior to the seminar.