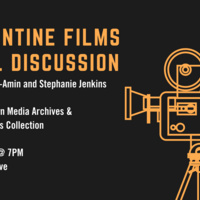 Stephanie Jenkins has worked with Ken Burns and Florentine Films since 2010. She is currently a producer on a new multi-part series about Muhammad Ali. She was the co-producer on East Lake: A Public Housing Story; associate producer for Jackie Robinson; and was the production coordinator on The Central Park Five. Jenkins specializes in archival footage research and production.

Salimah El-Amin is a co-producer on a forthcoming documentary film about the life and work of Ernest Hemingway. Directed by Ken Burns and Lynn Novick, Hemingway is slated to be released in 2020. She is also a producer on College Behind Bars, a documentary film directed by Lynn Novick. This film, released in 2019, is an intimate look at a highly successful college program for men and women incarcerated in the New York State prison system. More recently, El-Amin was a co-producer on Ken Burns and Lynn Novick’s The Vietnam War, where she received an Emmy Award in Research for her work.