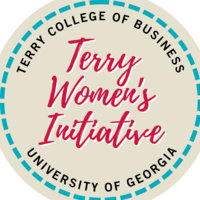 Lusk is an experienced executive in both major corporations and an entrepreneur.  She has led her own company, Lusk Associates, after a 23 year corporate career in technology. She is a Senior Advisor to numerous start-up companies and serves on a variety of boards.

Lusk spent 20 years at Electronic Data Systems. She led numerous initiatives and businesses for this prominent technology services company.  Participated in the growth of EDS, from $250 million and 3,000 employees to revenue of  $10 billion, 33 countries and 85,000 employees. As a leader of one of EDS’ six industry groups, was intimately knowledgeable about all aspects of the business.   During Ms. Lusk’s 20 year career she held nearly every job function from systems engineer to national sales director to Corporate Vice President.  As a Corporate Officer and Group Executive for the Healthcare and Insurance Group, she was responsible for all aspects of the $800 million business.  This was followed by a Senior Executive role at both NCR and Universal Studios. Lusk served as Chief Technology Officer at Universal Studios and focused on developing a strategy to migrate the company to the digital environment.