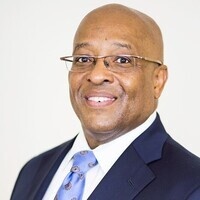 Sign up for a 30 minute flash mentoring session with Terry Trailblazer and alumnus, James Jackson.

Jackson is a former senior financial services executive with extensive experience in several aspects of banking, including distribution, strategic planning, sales management, process improvement, corporate integrations, and customer experience. James began his career as a credit analyst and since then has held progressively responsible roles in two of the nation’s top financial institutions, Bank of America and Capital One.

At Capital One, Jackson was the executive vice president for North America Branch Distribution (1,000 bank network) and the Mid-Atlantic Market President (Washington, DC MSA). Prior to Capital One, Jackson served in EVP leadership roles at Bank of America in several businesses, including Premier Banking & Investments, Home Lending and Retail & Business Banking. Also, he served as President of the Virginia Bank, where he led the state-wide transition from NationsBank to Bank of America.