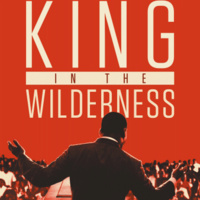 Film Screening: King in the Wilderness

Join a screening of the HBO documentary King in the Wilderness directed by Peter Kunhardt, who also directed True Justice: Bryan Stevenson's Fight for Equality (2019), John McCain: For Whom the Bell Tolls (2018), Becoming Warren Buffett (2017), and Living with Lincoln (2015). Pizza lunch provided.

About the film:
Dr. Martin Luther King Jr.’s leadership during the the bus boycotts, the sit-ins, and the historic Selma-to-Montgomery marches is now considered the stuff of legend. But left out of many of the history books is what happened afterward, during the last three years of his life. King in the Wilderness reveals a conflicted leader who, after the Voting Rights Act passed in 1965, faced an onslaught of criticism from both sides of the political spectrum; the Black Power movement saw his nonviolence as weakness, and President Lyndon B. Johnson saw his anti–Vietnam War speeches as irresponsible. King’s fervent belief in peaceful protest became a testing point for a nation on the brink of chaos.

Thanks to revelatory conversations with his inner circle of friends, King in the Wilderness unearths a stirring new perspective into Dr. King’s character, his radical doctrine of nonviolence, and his internal philosophical struggles prior to his assassination in 1968.