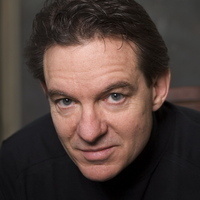 Pulitzer Prize-winning author Lawrence Wright will speak on “The Future of Terrorism” as the Ferdinand Phinizy Lecture of the department of history. The lecture is presented in partnership with the Willson Center for Humanities and Arts as part of the Global Georgia Initiative public event series, and with the School for Public and International Affairs and the Center for International Trade and Security.

Wright is an author, screenwriter, playwright, and a staff writer for The New Yorker magazine. He was awarded the Pulitzer Prize in general nonfiction for The Looming Tower: Al-Qaeda and the Road to 9/11 (2006), which spent eight weeks on The New York Times bestseller list and has been translated into twenty-five languages. Time magazine pronounced it one of the 100 best nonfiction books ever written. Among his other books are Going Clear: Scientology, Hollywood, and the Prison of Belief (2013), The Terror Years: From Al-Qaeda to the Islamic State (2016), and God Save Texas: A Journey into the Soul of the Lone Star State (2018).