Exhibition: One Heart, One Way: The Journey of a Princely Art Collection 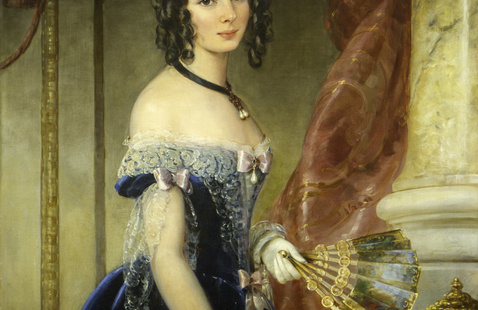 http://georgiamuseum.org/art/exhibitions/upcoming/one-heart-one-way-the-journey-of-a-princely-art-collection
View map Free Event
Add to calendar
Save to Google Calendar Save to iCal Save to Outlook

This exhibition introduces to the public a collection of both fine and decorative arts dating from ca. 1660 to 1952. These objects were passed from one generation to the next in the family of the Russian Princes Belosselsky-Belozersky, who trace their origins to the legendary founder of the medieval state of Kievan Rus’, the Viking Prince Rurik of Jutland (reign 862 – 879). In 862, Rurik bestowed on one of his two brothers the vast Belozersky (“White Lake”) domain in northeastern Europe, hence the dynastic name. For centuries, the family crest has included a motto referring to an honorable singleness of mind and action, a quote from Jeremiah 32:39: “One heart, one way.”

Several of the works that are now at the Georgia Museum of Art have never been published or seen outside their owners’ home. In contrast, some of the portrait paintings gained fame through publications in the 19th and early 20th centuries, but had been considered lost  in the turmoil of the Bolshevik Revolution of 1917.This exhibition announces to the international scholarly community and to audiences around the world the survival of the paintings that had been thought lost and the existence of other highly significant, hitherto unknown works of art belonging to the same collection.