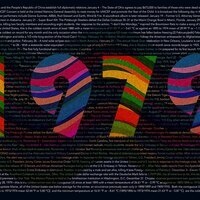 A look back at 1979 and the lasting legacy of the events that filled the public mind.

Now and Then series looks at pivotal years in modern American history.