Exhibition: Images of Awakening: Buddhist Sculpture from Afghanistan and Pakistan 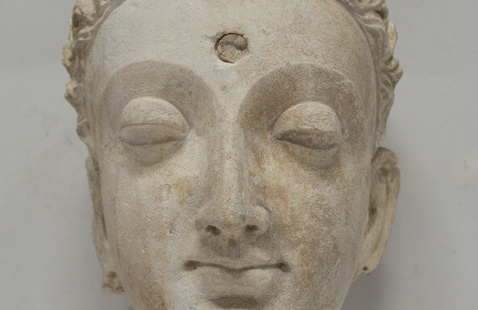 http://georgiamuseum.org/art/exhibitions/upcoming/images-of-awakening-buddhist-sculpture-from-afghanistan-and-pakistan
View map Free Event
Add to calendar
Save to Google Calendar Save to iCal Save to Outlook

This exhibition, organized by Nicolas Morrissey, associate professor of art history, Lamar Dodd School of Art, highlights the Buddhist artistic heritage of ancient Gandhara, a region once heralded as the Crossroads of Asia and now located in present-day northern Pakistan and Afghanistan. Following the conquest of Alexander the Great during the 4th century BCE, the region of Gandhara became a nexus point of diverse and evolving cultural influences. This remarkable cultural milieu led to the fusion of Hellenistic and later Roman cultural traditions with the artistic expression and religious worldview of the Indian subcontinent. The result was what is widely regarded as one of the most distinctive schools of ancient and early medieval Buddhist art, a product of this unprecedented encounter between the Eastern and Western worlds.

This exhibition is sponsored by the Willson Center for Humanities and Arts, the W. Newton Morris Charitable Foundation and the Friends of the Georgia Museum of Art.