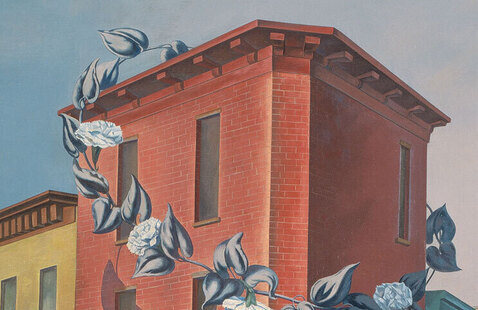 http://www.georgiamuseum.org
View map Free Event
Add to calendar
Save to Google Calendar Save to iCal Save to Outlook

“Extra Ordinary” surveys a range of American artists who embraced realism, representation and classical artistic techniques in the face of the rising tide of abstraction at mid-century. Through sharp focus, suggestive ambiguity and an uncanny assemblage of ordinary things, their works not only show that the extraordinary is possible, but also conjure the strangeness and wonder of everyday life. The exhibition is drawn primarily from two private collections with exceptional holdings in the magical realist genre, as well as major paintings in our own collection by Paul Cadmus, O. Louis Guglielmi, John Brock Lear, and others. It takes as its point of departure the 1943 show “American Realists and Magic Realists” at the Museum of Modern Art — when the term “magic realism” entered the American art historical lexicon — and will feature a suite of paintings originally included in MoMA’s show. By bringing together significant works by Ivan Albright, Aaron Bohrod, Cadmus, Philip Evergood, Jared French, George Tooker and John Wilde, along with a number of lesser known artists, “Extra Ordinary” reveals the slippery task of categorizing this eccentric group of painters into a single style. After all, the canon of artists we now identify as “magic realists” was codified through a series of exhibitions organized by curators Alfred H. Barr, Dorothy C. Miller and Lincoln Kirstein, among others.

“Extra Ordinary” also emphasizes, in critic Clement Greenberg’s words, “the extreme eclecticism now prevailing” in the American art world during this period. In so doing, it highlights a wider constellation of artists — including such women as Gertrude Abercrombie and Honoré Sharrer, such artists of color as Eldzier Cortor and Hughie Lee-Smith, and other artists from farther-flung regions such as Alexandre Hogue and Patrick Sullivan — who also turned to the mysterious, supernatural and hyperreal to examine key social issues including the dignity of the working class, wartime trauma and environmental concerns. These artists embraced magic or fantasy not as a means to escape everyday reality but as a way to engage more directly with it.