Exhibition: Election 1980: The Elephant in the Room

By Richard B. Russell Library for Political Research and Studies 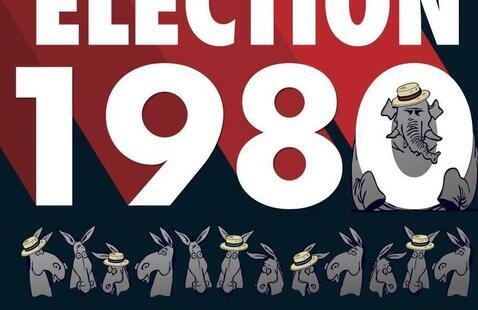 https://www.libs.uga.edu/russell-library/exhibits/election-1980-elephant-room
View map Free Event
Add to calendar
Save to Google Calendar Save to iCal Save to Outlook

Election 1980: The Elephant in the Room explores a historic “change election.” Long-term social, economic, and demographic trends combined with urgent and ongoing national and international crises to determine the future direction of the nation and the fate of two Georgia's most famous --and infamous--politicians.

From the race for the White House between President Jimmy Carter and Governor Ronald Reagan to Herman Talmadge and Mack Mattingly's showdown for a seat in the U.S. Senate, this exhibition invites visitors to relive two of that year’s most exciting campaigns and reexamine the issues confronting the candidates—veterans and newcomers, alike. This exhibition also illustrates the new and volatile electoral landscape confronting both voters and candidates in 1980. A referendum on embattled incumbents, the 1980 elections sparked a resurgence of conservative power in Washington D.C. and set the stage for the rise of the Republican Party in Georgia. Ultimately, these changes would end more than a century and a half of Democratic Party dominance and usher in an era of Republican Party rule.

What can people learn from a single election cycle? How can these campaigns help people better understand current politics? Are people still experiencing the fallout from 1980? Consider these questions and more as part of this exhibtion.

Richard B. Russell Library for Political Research and Studies