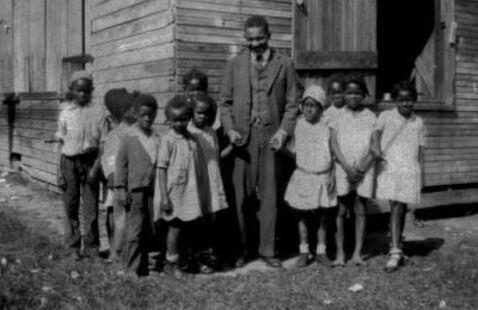 Richard B. Russell Special Collections Libraries, Russell Gallery View map Free Event
Add to calendar
Save to Google Calendar Save to iCal Save to Outlook

http://www5.galib.uga.edu/russell/
View map Free Event
Add to calendar
Save to Google Calendar Save to iCal Save to Outlook

In 1929, Horace Mann Bond, social science researcher, historian and father of the late Julian Bond, participated in a two-year field study of black student achievement in North Carolina, Alabama and Louisiana. Visiting more than 700 schools across these states, Bond administered standardized tests and photographed the educational experiences of close to 10,000 students. Funded by Julius Rosenwald, the study was to explore poverty and race relations in the rural South. Rosenwald hoped to show that the students in these segregated schools exceeded educational expectations despite the lack of resources that were available to white students and gain support for his “Rosenwald Schools.” Bond, however, according to his son James, “was hoping to prove that it’s environment, that if you give people the opportunity, they’ll achieve,” regardless of their circumstances.