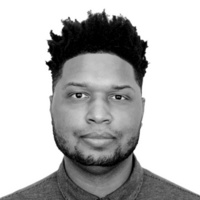 Speaker will be David Tann, the founder and creative director for Tantrum Agency.

In just over 15 years, Tann has launched brands for Abercrombie & Fitch, designed record-breaking holiday campaigns for Bath & Body Works, managed packaging for Kohl’s department store, revitalized the OshKosh B’gosh clothing brand, directed e-commerce for Carter’s, and unveiled the new identity for his hometown NBA basketball team, the Atlanta Hawks. In 2018, he branched out on his own to start Tantrum.

Though he has accomplished a lot in his career, it is the relationships and development of individuals that he is most proud of. Tann's ability to communicate effectively and collaborate with others has allowed him to consistently build high performing teams. He is an experienced creative director who is adept at articulating a clear and cohesive vision. Prior to founding Tantrum, Tann served as VP, Creative Director for the Atlanta Hawks and Philips Arena, where he was responsible for establishing a consistent brand voice across all media. David and his creative team played an integral part in rolling out the NBA team’s bold visual identity and delivered a vibrant brand aesthetic that represented the team's mantra “True to Atlanta”.