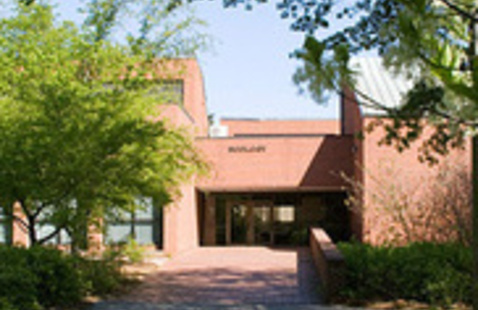 The Non-Academic Careers Panel is organized by Ecology graduate students to provide an opportunity for students to learn about ecology-related career paths outside of academia.

This seminar will take place via Zoom. Please fill out this form to be added to the EcoSeminar listserv to receive the link. NOTE: Those who subscribed last year do not need to re-subscribe.

More information about the panelists:

David M. Walters, Ph.D. (he/his) is a Research Ecologist with the U.S. Geological Survey (USGS) Columbia Environmental Research Center. His research focuses on the effects of human stressors on the form, function, and structure of aquatic and riparian ecosystems with an emphasis on food web dynamics and contaminants. He began his career at the U.S. Environmental Protection Agency National Exposure Research Laboratory in 2002 before joining the USGS in 2008.  His publications have addressed the impacts of contaminants, land use and climate change, invasive species, and hydrologic alteration on aquatic and riparian organisms and are geared toward furthering the conservation and restoration of these valued ecosystems. He received a bachelor's degree in Anthropology at UGA and his M.S. and Ph.D. at the Odum School of Ecology.

Jessica Chappell (pronounced Chapel) (she/her) is originally from Austin, Texas. She received her BS in aquatic biology and her BA in Spanish from the University of California, Santa Barbara in 2008. She took some time off to travel and remove invasive species for the National Park Service before going back to school to get her MS in agroenvrionmental sciences from the University of Puerto Rico, Mayaguez in 2012. After again taking time off to be a real estate agent in Austin, Jessica completed her PhD in Ecology and Integrative Conservation at UGA in 2019 in six and a half years.

During her time at UGA, Jessica volunteered with EcoReach, co-organized a Girl Scout Merit Badge Day, joined Toastmasters International, and TAed several classes. She now uses the people and time management skills she gained as a PhD student as a Project Manager for the Texas General Land Office, or the GLO. The GLO is the agency that manages the Texas coast, but Jessica’s office is located in lovely downtown Austin. When she’s not tracking down PIs for project deliverables, she enjoys reading, hiking, and attempting to grow things in her garden.

Pallavi Sirajuddin, Biologist at WEST, Inc Pallavi (she/her) works for an environmental consulting company in Pennsylvania and manages both pre and post-construction projects at wind facilities. Pallavi conducts bat mist-net, acoustic, and habitat surveys at proposed wind farms to determine the probable presence and/or absence of threatened and endangered bat species across the Midwest. Pallavi believes that there must be a balance between renewable energy and conserving wildlife species that are potentially affected by the development of renewable energy.

Pallavi holds a B.S in Wildlife Science from Virginia Tech and an M.S in Fisheries and Wildlife Sciences from Clemson. Her thesis was on the vulnerability of tri-colored bats to white-nose syndrome in the southeastern United States. As a minority in the STEM field and a member of the DEI Committee at WEST, Pallavi is committed to breaking down systematic barriers and fostering a more inclusive culture within renewable energy.

Chang uses his 18 years of field and lab experience to serve numerous positions including the CEO of Pipeline Labs LLC, Adjunct Professor of environmental science at Northern Arizona University, and Lead Data Scientist at Conservation Science Partners. He is the recipient of numerous national and national awards including the NASA Earth and Space Science Fellowship, the David H. Smith Conservation Fellowship, the Wilburforce Leaders in Conservation Fellowship, Microsoft AI for Earth Partner/Grantee, and National Geographic Explorer. His work brings a novel perspective by combining computer science/artificial intelligence techniques to modeling of biological systems

Randi Shaw (she/hers) works for The Nature Conservancy in Washington to manage the team and program that cares for TNC's roughly 45,000 acres of preserves and easements across the state. Working in shrub steppe, prairies, forests, and estuaries, the Stewardship Program’s goals are to support the continued health of TNC’s lands through attentive management, support of conservation-related research, and diverse community engagement. Growing WA Stewardship's ability to support underrepresented voices and communities, and reckon honestly with the injustices of past and present in land ownership and conservation, is an essential part of her team's work.

Prior to completing a Masters in the Forest Ecosystems and Society Program at Oregon State University and coming to TNC in 2016, Shaw worked in the field for a range of organizations in the Pacific Northwest and beyond, including EarthCorps, the US Forest Service, and the Student Conservation Association. She believes strongly that all kinds of people should be able to be live in and contribute to a healthy natural world, and works to promote inclusivity and opportunity throughout the conservation field.