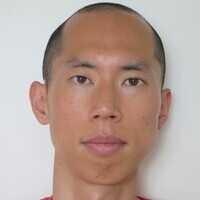 Mobility of individuals and changes in sexual partners over time are two main reasons why contact networks on which epidemic spreading occurs vary over time. Epidemic processes on such time-varying networks (often called temporal networks) are complicated by complexity of both network structure and temporal dimensions. We discuss two mathematical modeling/analysis topics on the susceptible-infected-susceptible (SIS) model of epidemic spreading occurring on regularly switching networks, where each contact network is used for a finite fixed duration before switching to another. First, we analyze the epidemic threshold. Under the so-called individual-based approximation, we show that time-varying nature of networks lessens the epidemic threshold such that infections persist more easily in temporal networks than in their static counterparts. We further show that the so-called "commutator bracket" of the contact networks at different times is empirically a useful predictor of how much temporal network shifts the epidemic threshold. Second, we analyze effects of concurrency, i.e., the number of neighboring nodes that a node has at a given time point, on the epidemic threshold. We show that network dynamics can suppress epidemics (i.e., yield a higher epidemic threshold) when nodes' concurrency is low and that network dynamics can enhance epidemics when the concurrency is high.

Masuda received a Ph.D. in engineering from the University of Tokyo in 2002. He was appointed as lecturer in the Department of Mathematical Informatics, the University of Tokyo in 2006. He promoted to Associate Professor in 2008 and worked there until 2014. Then, he moved to University of Bristol, Department of Engineering Mathematics as Senior Lecturer in 2014. His main research interests are network science and mathematical biology. In network science, he is probably the most known as expert in time-varying networks on which he has published a monograph and edited book. In mathematical biology, his work covers evolution of cooperation, reinforcement learning, epidemic processes on networks, and collective decision making by ants.

Classes and Workshops, Lectures and Discussions