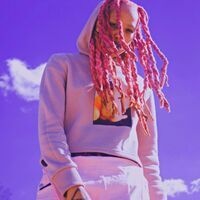 Conversation: Now Is The Time - Shouting Fire in a Crowded Theater

Now Is The Time: Shouting Fire in a Crowded Theater is a compilation album of Athens, Georgia, hip-hop artists assembled by executive producers Montu Miller and Ed Pavlić. This conversation, part of the 2021 Global Georgia Initiative public events series of the Willson Center for Humanities and Arts, is the third and final event in the series DJ Summits in the Global South, a Global Georgia Initiative research project programmed by Pavlić and supported by The Andrew W. Mellon Foundation.

Moderated by Pavlić, Distinguished Research Professor of English, African American Studies, and Creative Writing, the conversation brings together four contributors to the album – artists Cassie Chantel and LB, artist and engineer Caulfield, and producer and engineer RockieB4Real – along with Miller, co-owner of ATHfactor-Liberty Entertainment, a full-service representation, promotion, and production company based in Athens.

About the album: Now Is The Time: Shouting Fire in a Crowded Theater is a music project created to react to America's current climate. It is contemporary protest music that will help be the catalyst of some of the change that needs to happen now. The time to act is now as America is on fire with generational poverty, racial divide, political complacency, and countless other issues. This eight-song compilation consists of 13 Hip-Hop artists, two poets, and six producers based in Athens, where the core of these issues runs rampant. Want to know what some of American's daughters and sons have to say about these issues plaguing America? Now Is The Time: Shouting Fire in a Crowded Theater addresses many of them with an unapologetic, direct attitude. This project is presented by ATHfactor-Liberty Entertainment (ALE) with support from the Willson Center for Humanities and Arts through a grant from The Andrew W. Mellon Foundation.