By Office of Research, Willson Center for Humanities and Arts
Department of Comparative Literature, Department of English 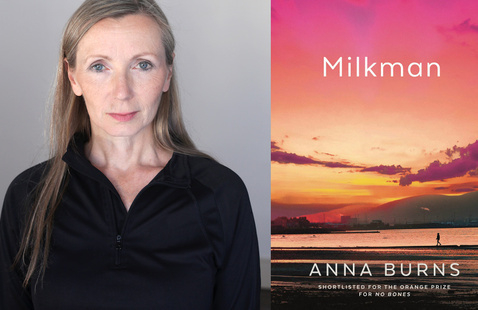 Nicholas Allen, Baldwin Chair in Humanities at UGA and director of the Willson Center for Humanities and Arts, will lead an open online discussion of Milkman, the 2018 Booker Prize-winning novel of the Troubles in Northern Ireland by Anna Burns.

The conversation will be conducted via Zoom, with advance registration required and available here.

Nicholas Allen's most recent book is the collection Archipelago: A Reader, co-edited with Fiona Stafford and published by The Lilliput Press in 2021. His previous book, Ireland, Literature, and the Coast: Seatangled, was published in December 2020 by Oxford University Press. He has been the Burns Visiting Scholar at Boston College and has received many grants and awards, including from the Mellon Foundation, the National Endowment for the Humanities, and the Irish Research Council.

About Milkman, from the publisher:

"In an unnamed city, middle sister stands out for the wrong reasons. She reads while walking, for one. And she has been taking French night classes downtown. So when a local paramilitary known as the milkman begins pursuing her, she suddenly becomes “interesting,” the last thing she ever wanted to be. Despite middle sister’s attempts to avoid him—and to keep her mother from finding out about her maybe-boyfriend—rumors spread and the threat of violence lingers. Milkman is a story of the way inaction can have enormous repercussions, in a time when the wrong flag, wrong religion, or even a sunset can be subversive. Told with ferocious energy and sly, wicked humor, Milkman establishes Anna Burns as one of the most consequential voices of our day."