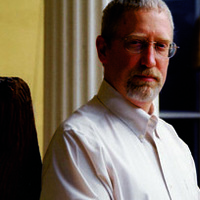 The American Founding Group and the School of Public and International Affairs will host a celebration of Constitution Day. The centerpiece of these festivities is a lecture by Alan Taylor, the Thomas Jefferson Foundation Chair in the Corcoran Department of History at the University of Virginia, entitled "Competing Constitutions: North America, 1783-1795." In addition, historical documents and materials related to the American founding and U.S. Constitution will be on display at the Chapel from the Hargrett Rare Book & Manuscript Library.

Constitution Day is the annual celebration of the day that representatives to the Constitutional Convention in Philadelphia completed and signed the U.S. Constitution in 1787. The observance of this day began as “I am an American Day” in 1940 and later as Citizenship Day in 1952 when the celebration was moved to September 17 to commemorate the signing of the original document. Constitution Day as we observe it today was recognized as a federal holiday in 2004, when Senator Robert Byrd passed a bill designating Sept. 17 as the day for citizens to commemorate the signing of the U.S. Constitution and to thoughtfully engage with the nation’s founding document.