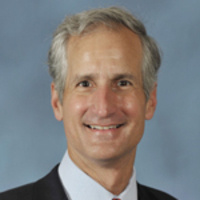 Mr. Howard Young, is partner of the General Wholesale Company and president of General Wholesale Beer Company. As President, he is responsible for directing the overall vision of the company as well as leading the other executive leaders in their respective roles.

Mr. Young went to high school in Atlanta at The Lovett School and graduated from the Terry College of Business. All three of Mr. Young’s daughters, Coley, Laura, and Jana also went to UGA. Mr. Young still lives in the Greater Atlanta Area today.

Since his time as a student at UGA, Mr. Young has remained heavily involved on campus. He has served on the UGA Parents and Families Council. He is currently serving on the Terry College of Business Dean’s Advisory Council and the UGA Presidents Club. In 2010 he received the UGA Honors Jere W. Morehead Award, which is given to an exceptional alumnus of the Honors Program each year.