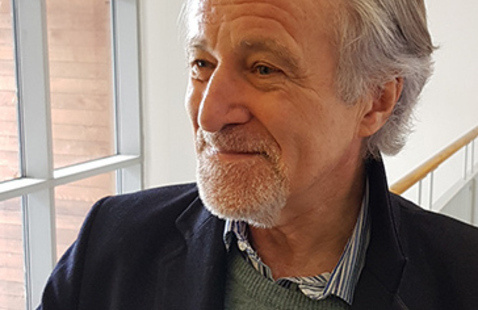 Park Hall, 265 View map Free Event
Add to calendar
Save to Google Calendar Save to iCal Save to Outlook

The UGA English Department and the Willson Center for Humanities and Arts present a lecture by Dr. Andrew Gibson, professor of English literature at Royal Holloway University of London, drawn from his forthcoming book J.M. Coetzee and Neoliberal Culture.

"Coetzee, the Event and Managerial Reason: 'The Vietnam Project' and The Childhood of Jesus" addresses the ways in which our culture might seem to have given itself over to a contradiction or a paradox over the past few decades. In his talk, Gibson will explore Coetzee’s concept of the event of grace. This has different modalities across the full range of his work, but in this talk Gibson examines two, the negative, as in 'The Vietnam Project’ (the first half of the novel Dusklands), and its commentary on a form of managerial reason evident during the Vietnam War and still with us today; and the projective, as in The Childhood of Jesus, which plays off Don Quixote and, specifically, Unamuno’s reading of that novel against a Leibnizian principle of the closure of reason.

During a long and productive career that has established him in the first rank of Joyce and Beckett scholarship, Gibson has lectured at universities throughout the world including the U.S., France, Japan, Hong Kong, and Australia. The co-founder of seminars on Joyce's Ulysses and Finnegans Wake at the Institute of English Studies in the University of London’s School for Advanced Studies, Professor Gibson is also a specialist in modern philosophy and literary theory. He has two recent books published by Bloomsbury: Modernity and the Political Fix (2019) and Misanthropy: The Critique of Humanity (2017).