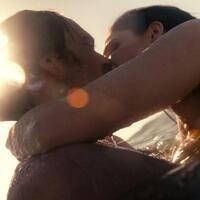 The event is also part of France-Atlanta 2021, an annual series of high-caliber events, centered on innovation and designed to foster transatlantic cooperation and exchange in the fields of science, business, culture and humanitarian affairs. The series is co-organized by the Consulate General of France in Atlanta and the Georgia Institute of Technology, under the high auspices of the Ambassador of France to the United States, the Governor of Georgia and the Mayor of Atlanta.

This event presents three movies from the 2021 Young French Cinema program as well as a virtual roundtable discussion with the filmmakers. All three films were created by women writer-directors and feature characters from outside of France. The End of Love (À Coeur battant) by Keren Ben Rafael is set in France and Israel; The Skies of Lebanon (Sous le ciel d’Alice) by Chloé Mazlo takes place in Beirut; and Should the Wind Drop (Si le vent tombe) by Nora Martirosyan follows a French inspector in Nagorno-Karabakh. The roundtable discussion will focus on storytelling, gender, and French culture beyond France’s borders. Participants will also include Kelley Conway, chair and professor of film in the department of communication arts at the University of Wisconsin-Madison.

The three films will be available for free online viewing beginning five days before the event. To view the films during that time, first open this spreadsheet. Then, under the name of the film you wish to view, copy the first unique "discount code" on the list with no name in the field beside it. (NOTE: You will need to scroll down the page in order to find all three films.) Enter your own name in the field to indicate that the code has been claimed. Finally, navigate to the viewing page of the film you want to watch (links on spreadsheet and above), click the button marked "Unlock for free," and enter your code. Once you enter the viewing code, you will have five days to watch the film. Once you begin watching the film, you will have 48 hours to finish it.

This event is organized by the University of Georgia’s Film Studies Program and the Willson Center for Humanities and Arts, Unifrance, and Athens Ciné, with the support of the Atlanta Office of the Cultural Services of the Embassy of France in the United States and the Alliance Française of Atlanta.

The Willson Center Cinema Roundtable meets to discuss topics of film history, criticism and theory. Richard Neupert, Wheatley Professor of the Arts, Josiah Meigs Distinguished Teaching Professor, and film studies coordinator in the department of theatre and film studies, organizes and moderates one roundtable each semester.