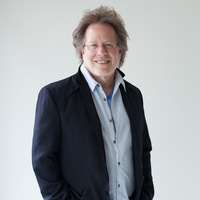 An Evening with Steve Dorff

The University of Georgia Innovation Bootcamp brings together students, faculty, staff, and community musicians in a multi-week program to explore innovation and entrepreneurship in the music industry. In conjunction with this program, songwriter Steve Dorff will perform a concert of his music and answer questions about his career and the music industry. This performance is free and open to the public (tickets required). This performance is presented by the UGA Innovation District.

Honored as a 2018 inductee to the prestigious Songwriter’s Hall of Fame in New York City, three-time Grammy nominee, six-time Emmy nominee, and UGA grad Steve Dorff (Grady, ’71, ABJ in Journalism) has written songs performed by Barbra Streisand, Kenny Rogers, Celine Dion, Whitney Houston, Anne Murray, George Strait, Garth Brooks, and countless others, while also establishing himself as a gifted film and television composer. He’s tallied over 40 BMI awards with hits like Rogers’ “Through the Years,” Murray’s “I Just Fall in Love Again” (Billboard’s top country hit of 1979), Strait’s “I Cross My Heart,” Lee Greenwood’s “Don’t Underestimate My Love for You,” and Eddie Rabbitt’s “Every Which Way But Loose”—the title track from Clint Eastwood’s 1978 film. Dorff’s songs have charted in five successive decades, with number one records across four decades.

Key songs in the Dorff catalog include: “Through The Years,” “I Just Fall In Love Again,” “Heartland,” “Every Which Way But Loose,” “Hypnotize the Moon,” “I Cross My Heart,” and countless others recorded by over 250 artists from all genres of music.

Perhaps Dorff’s most ambitious move to date has been a giant leap into his first love, musical theater. He currently has two projects making their way to the stage: Josephine (The Josephine Baker Story) and Pure Country (The Musical).

Free, but must reserve ahead of time