An Afternoon With John Pruitt 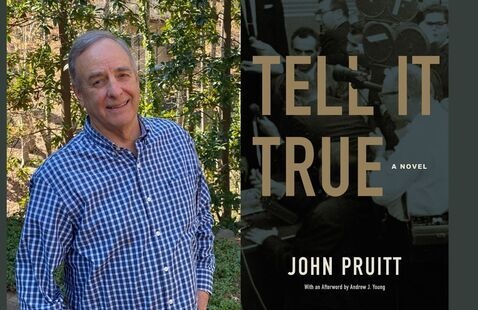 Richard B. Russell Special Collections Libraries, 285 View map Free Event
Add to calendar
Save to Google Calendar Save to iCal Save to Outlook

Join the UGA Libraries for a program with journalist John Pruitt. Following a talk about his new book Tell It True, Pruitt will participate in a Q&A with the audience. A light reception will follow. This event is free and open to the public. Parking is available in the Hull Street Parking Deck.

Tell It True (Mercer University Press, 2022) focuses on the challenges faced by journalists as they covered a societal revolution and brought the dramatic and sometimes violent scenes to television screens around the world night after night. Taking readers to a time when the future of the South hung in the balance, readers will no doubt recognize that many of those same troubles still with people today.

Pruitt began his journalism career in 1964 as a television reporter-cameraman and eventually rose to top anchor at WSB-TV in Atlanta, Georgia. For a half-century, he covered the civil rights movement, Georgia politics, and the major news figures of the day. His reporting has been honored with multiple awards including induction into the Atlanta Press Club and Georgia Association of Broadcasters Halls of Fame.